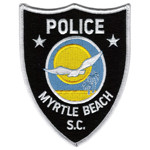 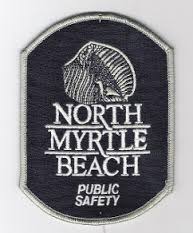 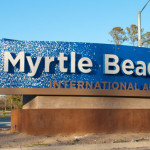 The history of the South Carolina State Constable is long and distinguished. The first Constables appeared in the first one hundred years of the existence of the colony, shortly after the first settlement in Charles Town in 1670, before South Carolina was a state. Constables was among the first law enforcement officers in their communities, commissioned to enforce the orders of the Colonial Officials, usually a Justice of the Peace, in both civil and criminal matters. Often a Constable was chosen because they were the biggest and the strongest among their peers. More often than not, they were chosen because they were the only ones willing to serve as a protector of the community. These Constables usually served their communities without pay or compensation.

In 1947 South Carolina Law Enforcement Division (SLED) was established by Executive Order of then Governor Storm Thurmond at the request of South Carolina Sheriffs, giving birth to the modern day Constable in South Carolina.

The first Constables were appointed by the Governor of South Carolina at the recommendation of SLED, and were given the title of “SLED Agents”, and carried a SLED Agent badge. Since appointees had no formal training, it was mostly a political appointment. This does not mean that none were capable law enforcement officers, as some city police officers were issued commissions; therefore, they could apprehend “law breakers” outside their city limits and even in other counties. Keeping with tradition, and to distinguish Constables from professionally employed SLED Agents, the appointment was eventually changed to that of a State Constable.

Much more is required of the modern day State Constable.

In 1990 SLED took “another look” at the state’s constable program. It was determined that all Constable commissions would expire at the end of 1990 with conditions placed on the renewal of a Constable’s commission. At that time there was approximately four thousand (4000) Constables holding a Commission. To renew the commission, the Constable would be required to attend a 48-hour course of instruction at a State Technical Education College. The course was to comply with the requirements of the Criminal Justice Academy of South Carolina Department of Public Safety and SLED. After successful completion of the course, the Constable would be permitted to re-apply for his commission, and be re-instated. The first 48-hour TEC course was offered at Florence-Darlington Technical Education College in Florence South Carolina. On July 12, 1990, approximately thirteen (13) Constables successfully completed the course, and were the first to qualify and apply for a commission as a South Carolina State Constable under the new law.

Many changes have taken place with the Constable program since the 1990’s.   Presently, there are approximately 1000 commissioned Group III State Constables serving as professionally trained, certified, sworn, law enforcement officers in the State of South Carolina. Group III Constables are now divided between two levels of training, Basic and Advanced Constables. Basic Constable training now consists of 82 plus hours of classroom instruction, including 12 hours of weapon training and qualifications. Individuals who desire to become an Advance Constables must complete the Basic Constable Course, satisfy all prerequisites, and attend an additional 61 hours of Advanced training.